During my first year in university, I had the opportunity to study in Ireland, in order to deepen my level of English. For almost two months I had the opportunity to travel the country. Starting from Galway, Cork and passing through Limerick I was able to discover landscapes and places that I did not know. That’s why today I give you my top places to visit in Ireland as well as my tips for enjoying them to the fullest.

In this article, I will tell you about a place that has made an enormous impression on me. The Aran Islands.

The Aran islands are three islands located in the west of Ireland in the county of Galway. To access it is simple. All you have to do is take a small cruise to transport people. The journey is quite short, but watch out for seasick people!

For my part I visited the main island of the three islands of Aran. The island is marked by these large houses of colors lying by the sea. You can also find a bar, a museum, a clothing store for tourists and a Lidl store.

Although there are many sheep on the main island, this island is mostly populated by cows.

The landscapes are very spectacular. The island has many beaches with white sand, but also large cliffs. The land stretches as far as the eye can see. And nature remains untouched. It is quite spectacular to observe the ancient lava flows and also the waves that dance on the rock.

Here are some tips :

In Ireland, all seasons can be combined in one day. It can rain earlier i the morning and hot by the afternoon. Not to mention the hail rains that can occur in the early morning and evening. At times the wind being too strong on the coasts it is better to have a waterproof jacket as well as sports shoes or boots that are more useful than a simple umbrella.

The island is small but to fully enjoy the scenery it is preferable once arrived on site to take a kind of taxi bus that costs about 15 euros per person round/back to get closer to the places to visit. For the same price you can also rent a bike. The downside of renting a bike is that with the bike it takes longer and you may not see the whole island due to lack of time.

Before starting the tour of the island, it is preferable to check and request the times for the returns to the main island Ireland. It would be unpleasant to be stuck on the small islands without having provided accommodation on site.

It is not by not following the paths that you would see the most beautiful landscapes. On the other hand the places being rather rustic with the large cliffs in particular, I strongly advise you not to put yourself in danger situations.

And what do you think of the Aran Islands?

During my second year of high school i went for one week in Berlin with my German class,with the aim of learning German by discovering the German culture.

I didn’t had any expectation from this trip, apart from the fact that I hated my classmate and I didn’t want to spend a week with them.

Fortunately, we visited a lot of sites, museums and shops. Let me show you a little bit of what i visited.

The first museum we visited was Das Deutsches Historisches Museum in other words The German historical museum. Launched in 2006, it offers 2,000 years of German history. From the first period of the middle age until 1918.

Visiting this museum was really surprising for me. History it not my cup of tea and i was expecting something boring and kind of old, and nevertheless it was something completely different.

One thing has particularity caught my eyes was the pink hall at the entrance of the museum. There is nothing better than pink color to catch my attention.

We first passed though the middle age period. Were we saw the different period of the evolution of the country. The different waves of immigration.

Then we passed though the 1918 period of the museum where i saw the different parts of Germany, the East side and the west side. Thanks to this exposition i understood i little bit more how people used to live in the German Democratic republic (Est side) and in the federal republic of Germany (West side).

The memorial to the murdered Jews.

The second thing we visited was The memorial to the murdered Jews.

It is a memorial located in the center of Berlin, aimed at perpetuating the memory of the Jewish victims exterminated by the Nazis.

It was really special for me to walk between the gravestones. Every gravestone have it’s own measures. Some were taller or smaller. Some were bigger than others. I couldn’t see the real length of the gravestones until i was in the middle of it.

Once inside, i felt like i was overwhelmed. I couldn’t hear any noise.
All i can see above the grave, were giant walls of big companies.

It was like a piece of humanity in the middle of tech farm.

Then we went to see one of the most famous wall in the world.

The Berlin wall, also known as The wall of the shame,was build during the night of 12 to 13 august in 1961.
The wall, part of the German internal frontier, physically separated the city in 2 parts : East Berlin and West Berlin. During more than twenty-eight years.

Seeing the Berlin wall was the main reason why i agreed to be part of the travel. Just to see the paintings, the beautiful colors, the Berlin art which everyone talks about.

I didn’t saw much painting , but one of my favorite is a painting of a car breaking a wall. As if now everyone can move wherever they want.

The dutch neighborhood of Potsdam

I never went to the Netherlands, but walking thought the neighborhood allowed me to see a little bit of it.

The dutch neighborhood of Potsdam near Berlin is the largest architectural neighborhood with a Dutch style outside the Netherlands.

Potsdam being a little city, the dutch neighborhood adds a touch of freshness to the city. especially with the red colors of the walls.

The German museum of technology

The last site that i saw in Berlin was the German museum of technology.

A museum presenting different part of the German technology.

From cars, train, plane. But also plants.It basically shows everything related to technology.

It is one of the best museum that a have seen in my life. In this museum, people knew how to transform hold object into piece of art.

Thanks to this trip i discover the love for traveling. it was my first travel without my family. Not to have good time and chill, but to discover a country with its culture.

In a pink mood 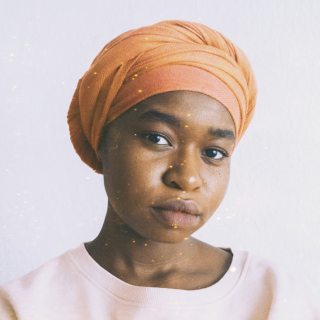